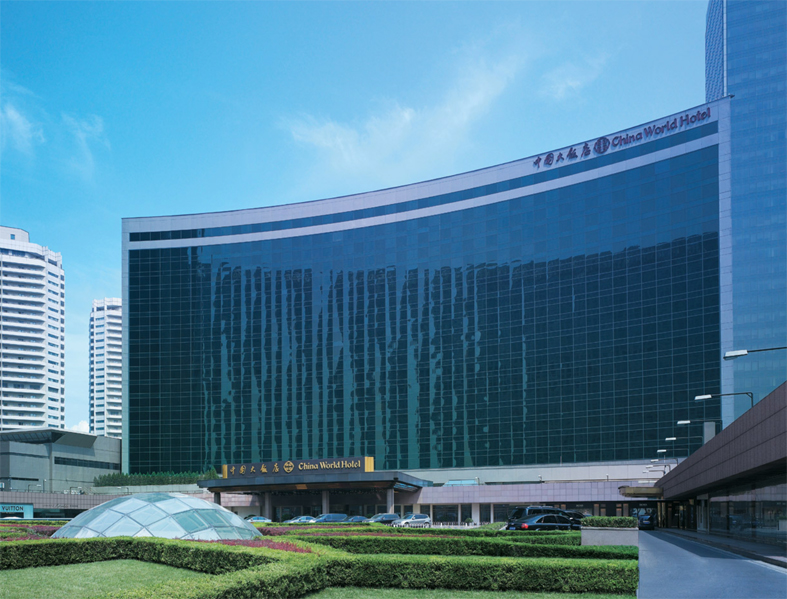 An IEEE Experts in Technology and Policy (ETAP) Forum on Closing the Cyberspace Policy-Technology Divide to Drive the Future of the Internet will be held on 17 May 2016 at:

The IEEE Experts in Technology and Policy (ETAP) Forum on Closing the Cyberspace Policy-Technology Divide to Drive the Future of the Internet is a unique platform connecting technology developers and policy makers in a meaningful way.

Focus areas for this IEEE ETAP Forum include:

This IEEE Experts in Technology and Policy (ETAP) Forum is an invitation-only event and capacity is limited. If you are interested in participating in this event, please fill out the form to request an invitation.

You can be invited to this important IEEE ETAP Forum if you are:

The IEEE Internet Initiative helps inform Internet policy with this unique ETAP Forum, by bringing together technology developers and policy makers to debate current and future Internet governance, cybersecurity, and privacy issues that impact everyone on a global, national, and local level.

If you require additional information about participating in the IEEE ETAP Forum, please contact etapforum@ieee.org.

Oleg is the President and CEO of IoTecha Corporation, an industrial IoT solutions provider.

In March 2016, Mr. Logvinov co-founded IoTecha Corporation. Prior to joining IoTecha, Mr. Logvinov was a director of special assignments in STMicroelectronics’ Industrial & Power Conversion Division, where he was deeply engaged in market and technology development activities in the area of industrial IoT, including the applications of IEEE 1901 powerline communication technology in harsh environments of industrial IoT. During the last 25 years Mr. Logvinov has held various senior technical and executive management positions in the telecommunications and semiconductor industry. After graduating from the Technical University of Ukraine (KPI) with the equivalent of a master’s degree in electrical engineering, Mr. Logvinov began his carrier as a senior researcher at the R&D Laboratory of the Ukraine Department of Energy at the KPI.

In January 2015, Mr. Logvinov was appointed as the chair of the IEEE Internet Initiative. The IEEE Internet Initiative connects engineers, scientists, industry leaders, and others engaged in an array of technology and industry domains globally with policy experts to help improve the understanding of technology and its implications and impact on Internet governance issues. In addition, the Initiative focuses on raising awareness of public policy issues and processes in the global technical community. He is also a past member of the IEEE Standards Association (IEEE-SA) Corporate Advisory Group and the IEEE-SA Standards Board. Mr. Logvinov also chairs the industry engagement track of the IEEE IoT Initiative and has created a series of worldwide IoT startup competition events.

Mr. Logvinov actively participates in several IEEE standards development working groups that focus on IoT and communications technologies. Mr. Logvinov is chair of the IEEE P2413 “Standard for an Architectural Framework for the Internet of Things” Working Group. He helped found the HomePlug Powerline Alliance and is the past president and CTO of the Alliance. Mr. Logvinov has 24 patents to his credit and has been an invited speaker on multiple occasions.

Clint Andrews is a professor in the Bloustein School of Planning and Public Policy at Rutgers University, and was previously director of the Urban Planning program. His expertise is in the substance and processes of energy and environmental planning and policy. He was educated at Brown and MIT as an engineer and planner. He is a member of the American Institute of Certified Planners, a LEED Accredited Professional, and a licensed Professional Engineer. Previous experience includes working in the private sector on energy issues, helping to launch an energy policy project at MIT, and helping to found a science policy program at Princeton. Andrews currently serves on the Board of Governors of the American Collegiate Schools of Planning, and is a past member of the Board of Directors of the Institute for Electrical and Electronics Engineers (IEEE) and the International Society for Industrial Ecology, and a winner of the IEEE’s 3rd Millennium Medal. His books include Industrial Ecology and Global Change, Regulating Regional Power Systems, and Humble Analysis: The Practice of Joint Fact Finding.

Mr. Beckstrom is a well-known cybersecurity authority, Internet leader, and expert on organizational leadership. He is the former President and CEO of ICANN, founding Director of the US government’s National Cybersecurity Center in the Department of Homeland Security, and co-author of the critically acclaimed book, The Starfish and the Spider: The Unstoppable Power of Leaderless Organizations.

He is President of the Beckstrom Group, which invests in and builds high-technology companies. The group also advises multinational companies and international institutions. He is a member of the core team on the Future of the Internet at the Swiss-based World Economic Forum.

Dr. Greg Austin is a Professor in the Australian Centre for Cyber Security in the University of New South Wales. He also serves as a Professorial Fellow at the East West Institute, where as vice-president from 2006-2011 he helped set up and lead its Worldwide Cyber Security Initiative. Greg is a co-chair of the EastWest working group on Measures of Restraint in Cyber Armaments. He has held senior posts in the International Crisis Group and the Foreign Policy Centre (London). Other assignments include service in government, defense intelligence, academia, and journalism.

He is the author of several books on China’s strategic policy, including China’s Ocean Frontier (1998) and his most recent book, Cyber Policy in China (Wiley 2014). The latest book offers the first comprehensive analysis (military, economic and political) of China’s leadership responses to the information society. It explores the dilemmas facing Chinese politicians as they try to marry the development of an information economy with old ways of governing their people and conducting international relations. Greg has a PhD in international relations and a master’s degree in international law. He is an Australian citizen.

Dr. Du is currently working as Senior Researcher and VP of Technology at Alibaba Group, focusing on data security, threat intelligence, standards, and outside cooperation on cybersecurity. He is a famous expert on cybersecurity in China. He was one of the founders of Chinese national computer emergency response team (CNCERT/CC) and the Asia-Pacific cooperation group of CSIRTS (APCERT). Before he joined Alibaba, he was the founder and director of National Engineering Laboratory for Cybersecurity Emergency Response Technology, the director of the National Institute of Network and Information Security, and deputy CTO of CNCERT/CC.

Dr. Du has more than 15 years of experience in Internet security. He contributed greatly to national Internet security capacity building, leading the development of a Chinese national Internet intrusion monitoring and warning platform, playing a key role on setting up a Chinese national incident response cooperation framework, and raising public awareness Dr. Du has also played and active role in international cooperation. He proposed a China-ASEAN cooperation framework on network security, lead an APEC-TEL project on botnet countermeasures, and has made presentations at various international conferences.

Alain Durand is a Principal Technologist in the Office of the CTO at ICANN. His responsibilities include applying expert technical knowledge and experience to improve ICANN’s technical capabilities and stature. Prior to ICANN, Alain was a distinguished engineer at Juniper networks, a large Internet equipment vendor. Prior to Juniper networks, Alain worked at Comcast, a very large cable service provider. He served Comcast as director of IPv6 and Internet governance. While developing the first IPv6 deployment plan for a service provider of this size, Alain represented Comcast in various Internet governance forums. Alain has been part of the Internet technical community for over 20 years, being a pioneer in IPv6 standardization and deployment. In particular, he has served as working group chair for several working groups at IETF and authored over 14 RFCs.

Her research has appeared in Journal of Communication, New Media & Society, Information, Communication & Society, Social Science Computer Review, Policy & Internet, Electronic Journal of Communication, and Information Visualization among others. A recipient of over two dozen research grants, she has received funding from and presented her work at various institutions including Social Science Research Council (SSRC), National Committee on US-China Relations (NCUSCR), Oxford University, Harvard University, University of Pennsylvania, Johns Hopkins University and French Institute of International Relations (IFRI). Prior to pursing her doctor’s degree in the US, she worked at China Central Television and Kill Bill I in her native country China.

Bruce Kraemer, IEEE Standards President, 2016. He has 30 years of experience in high-tech research, development, and strategic marketing with companies including Foxboro, Harris, Intersil, and Conexant. He is currently with Marvell Semiconductor in Strategic Marketing. Mr. Kraemer has 13 years of standards development experience in ETSI, IEEE 802.11, and IEEE 802.15, serving as chair of numerous activities. He has been chair of the IEEE 802.11n Task Group for six years, which in September 2009 completed its standards development work for a new high-throughput MAC and PHY.

Dr. Xiaodong Lee is the CEO and CTO of CNNIC and CEO of National Engineering Laboratory of Naming and Addressing Technologies (NATLab). He is a Research Professor at the Chinese Academy of Sciences, a board member of the Internet Society of China, and the former vice-president for Asia-Pacific of ICANN.

Dr. Lee has been previously honored as one of the “Ten Outstanding Youth” in China's software industry as well as a Young Global Leader of The World Economic Forum in 2014. He received the “Outstanding Youth Medal of China” in 2009, and is currently a member of the All-China Youth Federation.

Mr. Seng is now the CEO of Beijing Xianyu Shuma Tech. Co. Ltd. James is a well-known international expert on the Internet. He is also known as the “father of internationalized domain names.” He started his career in 1993 with Technet, the first ISP in Singapore (the precursor to Pacific Internet). He was involved in a number of pioneering Internet projects in the early days of the Internet, including the development and standardization of internationalized domain names.

Previously James was with Infocomm Development Authority of Singapore, responsible for the Next Generational Internet. He was also the advisor and consultant to MiTV that rolled out U-Mobile in Malaysia. He also advises family offices about their TMT investments in China. In 2008, James joined PPTV as CTO of a company that became one of the largest video streaming services in China. In 2010, he founded a video platform company that was acquired by HiSense. In 2014, James joined 21Vianet Group as the Vice President responsible for the technology strategy for its New Business division.

Professor Baoping Yan is Chief Engineer of CNIC and Director of Informatization Committee of Experts, Chinese Academy of Sciences. She graduated from Xi’an Jiaotong University and the Institute of Computing Technology (ICT), CAS with her bachelor’s, master’s and doctorate degrees, and she accomplished her postdoctoral research at ICT, CAS. Since 2006, Professor Yan has been the Chief Engineer of CNIC and director of the Informatization Committee of Experts, CAS. She is standing deputy director of the Committee of Experts for Scientific Database of CAS, deputy director of the Internet Society, China Computer Federation, as well as the standing trustee of the China Computer User Association and trustee-general of Beijing Computer User Association.

Professor Yan is a trustee of the Chinese ISOC Council, AC member of W3C Committee, and a member of the International Council for Science (ISCU), World Data Scientific Committee (WDS-SC).