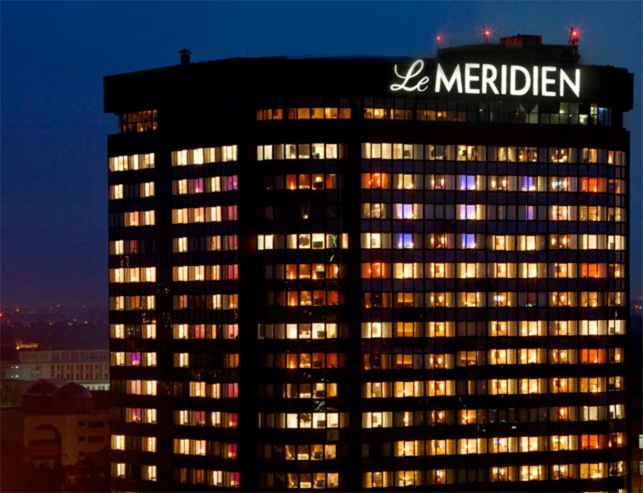 An IEEE Experts in Technology and Policy (ETAP) Forum on Internet Governance, Cybersecurity and Privacy was held on 4 March 2016 at:

The main theme of this event was Universal Access for Social and Economic Inclusion.

An IEEE Experts in Technology and Policy (ETAP) Forum on Internet Governance, Cybersecurity and Privacy is a unique platform connecting technology developers and policy makers in a meaningful way.

You are invited to this important IEEE ETAP Forum if you are:

The IEEE Internet Initiative helps inform Internet policy with this unique ETAP Forum, by bringing together technology developers and policy makers to debate current and future Internet governance, cybersecurity and privacy issues that impact everyone on a global, national and local level.

The main theme “Universal Access for Social and Economic Inclusion” has two sub-themes:

The IEEE Experts in Technology and Policy (ETAP) Forum is an invitation-only event and capacity is limited.

Prasanto K. Roy is a media and digital consultant who writes and speaks on technology, digital and green issues. He is head of media services for Trivone Digital Services. A tech journalist for over two decades, he was president and chief editor at CyberMedia for over ten years. He writes for IANS, BBC News, Al-Jazeera India, et al, and is a tech expert on shows for NDTV, CNN-IBN, Headlines Today and others. He’a a jury member for various tech juries for NDTV, CyberMedia, Nasscom, DEF’s mBillionth, and others. His South Delhi home Green One is India’s first TERI GRIHA green home. Roy is a physics major from St Stephen’s, Delhi.

Chaim Cohen is an IOT/CyberSecurity consultant. He promotes the creation of innovative, inclusive applications that address a broad range of issues in making technology available, accessible and usable by all people whatever their abilities, age, economic situation, education, geographic location or language. With a background in IOT & neuropsychology, Chaim focuses on integrating technology to empower people with auditory, cognitive, neurological, physical, speech, and visual challenges.

As a Developer Evangelist, Chaim is active in helping managers, designers, developers, policy makers, and researchers to be aware and take into consideration the moral, ethical, social, cultural, security, privacy and political aspects of emerging disruptive technologies.

Nitin Desai is the Special Adviser to the United Nations Secretary-General for Internet Governance, India. In 1993, the then United Nations Secretary-General appointed Mr. Nitin Desai at the Under-Secretary-General level to head the newly created Department for Policy Coordination and Sustainable Development. In 1997, Secretary-General Kofi Annan appointed Mr. Desai to coordinate, and subsequently head, the consolidation of the three economic and social departments. Mr. Desai is also the convener of the Executive Committee on Economic and Social Affairs, which brings together the heads of all the UN Secretariat entities directly concerned with economic, environmental and social issues.

Before joining the United Nations, Mr. Desai was the secretary and chief economic adviser of India's Ministry of Finance, and he was the senior economic adviser for the World Commission on Environment and Development (The Brundtland Commission). From 1990 to 1993, Mr. Desai was the deputy secretary-general of the United Nations Conference on Environment and Development.

Mr. Osama Manzar is the founder and director of Digital Empowerment Foundation (DEF) and chair of Manthan and mBillionth Awards. He is an entrepreneur, author, speaker, editor, columnist, and new media specialist who is spearheading the mission to overcome the information barrier between India's rural sector and the so-called developed society through DEF, the not-for-profit organization founded to accomplish the mission.

Dr. Neena Pahuja is DG ERNET, an autonomous society under Department of Electronics & Information Technology. Dr. Pahuja brings in experience from Education, Healthcare, Manufacturing and Service industry in area of Digitization & Information Security and business transformation. She is an alumnus of IITD. She has over 30 years’ experience and has worked in TCS, SAIL, USIT, Escorts, GECIS/ Genpact & Max Healthcare in various technology enablement roles.

As part of the Digital India initiative, ERNET is helping in the connectivity to & within Education institutes, Corporates and even cities. ERNET is providing Smart Classroom solutions for remote education centers. Dr. Pahuja is additionally supporting creation of National level policy for Internet of Things (IoT) at DeitY. She is also on doing R&D projects on the usage of White Spaces for low cost, last mile connectivity.

Mr. Rajendra S. Pawar is the Chairman and Co-Founder of the NIIT Group, comprising NIIT Limited, a global leader in skills and talent development, and NIIT Technologies Limited - a global IT solutions organization. Under his leadership, NIIT has played a key role in shaping the growth of the Indian IT sector, by creating skilled manpower to drive its momentum. Having revolutionized the IT Training industry, he is now involved in establishing an innovative model in Higher Education, the not-for-profit NIIT University.

Mr. Pawar is a Distinguished Alumnus of IIT Delhi, Fellow of the Computer Society of India, Fellow of Institution of Electronics and Telecommunication Engineers and has been awarded an Honorary Doctorate from the Rahul Gandhi Tech University. Acknowledging his contribution to the IT industry in India, he has been awarded the country’s prestigious civilian honour, Padma Bhushan, by the President of India in 2011. He is on Boards of Indian Institute of Management Udaipur, Indian School of Business, Scindia School, SMVD University (J&K) and the Delhi University Court. Mr. Pawar is the Chairman of NASSCOM Cyber Security Task Force that has been set up in response to the Prime Minister Narendra Modi's vision to see India emerge as a global hub of Cyber Security products and services.

Subho Ray has been President for the Internet and Mobile Association of India for over 10 years. He has 19 years of experience in advocacy, public policy and regulatory affairs in ICT sectors including software, hardware, telecom, Internet and mobile value added services in India.

Previously, he was Director, IT & Telecom for the Confederation of Indian Industry.

Mr. R.S. Sharma joined as Chairman, Telecom Regulatory Authority of India (TRAI) on 10th of August, 2015. Prior to joining TRAI Mr. R.S. Sharma was working as Secretary to Government of India in the Department of Electronics and Information Technology. He has also worked as Chief Secretary to the State Government of Jharkhand (India). His other assignments include Director General & Mission Director of the Unique Identification Authority of India (UIDAI) where he was responsible for over-all implementation of this ambitious and challenging project undertaken by the Government of India for providing Unique Identification (christened as Äadhaar”) to all its Residents.

Mr. Sharma has held important positions both in the Government of India and State Governments in the past and has been deeply involved in the administrative reforms and leveraging IT to simplify the administrative processes. Mr. Sharma holds a Masters Degree in Mathematics from IIT, Kanpur (India) and another Masters in Computer Science from the University of California (USA).

James Wendorf is the Program Director of IEEE’s Internet Initiative, which is dedicated to connecting the global technology and policy making communities on Internet governance, cybersecurity, and privacy, to inform debate and decisions, and to help ensure trustworthy technology solutions and best practices. Through the Initiative, IEEE strives to improve the state of knowledge about technology and its implications and impact on Internet related policy issues, and to raise awareness of public policy issues and processes in the global technical community.

Previously, Jim was Director of Industry Connections in the IEEE Standards Association, where he facilitated the building of industry consensus and the incubation of new standards related activities, in areas such as computer security, communications, Smart Grid, and cloud computing. Prior to that he was Vice President of Standardization at Philips Electronics, where he directed corporate strategy and participation in standards activities focused on electronic content distribution, digital home networking, digital rights management (DRM), and content protection. Prior to that he was Vice President and Sector Director of Software, Interaction and Connectivity in Philips Research, where he managed and guided the strategic direction of a corporate research sector focused on digital communications, video processing, and interactive services for consumer electronics.