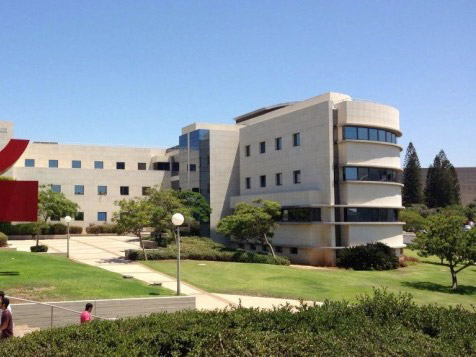 INVITATION
The IEEE Experts in Technology and Policy (ETAP) Forum is an invitation-only event and capacity is limited. If you’re interested in attending, please fill out the invitation request form. A confirmation of your request will be sent shortly, followed by a participation confirmation, based on availability.

For those unable to attend the ETAP forum, there is a live-stream that will be available on IEEE.tv, which can serve desktop and mobile users.

If you require additional information about participating in the IEEE ETAP Forum, please contact etapforum@ieee.org.

The IEEE Experts in Technology and Policy (ETAP) Forum will be held in conjunction with Cyber Week 2016, 19-23 June at Tel Aviv University. Cyber Week has become a leading international event in the cyber world, attracting CEOs, C-suite executives, start-ups, investors, diplomats and policy makers from Israel and abroad. In 2015, over 5,000 attendees from over 45 countries participated. Cyber Week is comprised of a series of sessions, forums, conferences and gatherings that aims to facilitate the exchange of knowledge between cyber experts and leaders. After you’ve been confirmed for registration at the ETAP Forum in Tel Aviv, please register for free at Cyber Week 2016.

Oleg is the President and CEO of IoTecha Corporation, an industrial IoT solutions provider.

In March 2016, Mr. Logvinov co-founded IoTecha Corporation. Prior to joining IoTecha, Mr. Logvinov was a director of special assignments in STMicroelectronics’ Industrial & Power Conversion Division, where he was deeply engaged in market and technology development activities in the area of industrial IoT, including the applications of IEEE 1901 powerline communication technology in harsh environments of industrial IoT. During the last 25 years Mr. Logvinov has held various senior technical and executive management positions in the telecommunications and semiconductor industry. After graduating from the Technical University of Ukraine (KPI) with the equivalent of a master’s degree in electrical engineering, Mr. Logvinov began his carrier as a senior researcher at the R&D Laboratory of the Ukraine Department of Energy at the KPI.

In January 2015, Mr. Logvinov was appointed as the chair of the IEEE Internet Initiative. The IEEE Internet Initiative connects engineers, scientists, industry leaders, and others engaged in an array of technology and industry domains globally with policy experts to help improve the understanding of technology and its implications and impact on Internet governance issues. In addition, the Initiative focuses on raising awareness of public policy issues and processes in the global technical community. He is also a past member of the IEEE Standards Association (IEEE-SA) Corporate Advisory Group and the IEEE-SA Standards Board. Mr. Logvinov also chairs the industry engagement track of the IEEE IoT Initiative and has created a series of worldwide IoT startup competition events.

Mr. Logvinov actively participates in several IEEE standards development working groups that focus on IoT and communications technologies. Mr. Logvinov is chair of the IEEE P2413 “Standard for an Architectural Framework for the Internet of Things” Working Group. He helped found the HomePlug Powerline Alliance and is the past president and CTO of the Alliance. Mr. Logvinov has 24 patents to his credit and has been an invited speaker on multiple occasions.

In 1995 Shahar founded his first start-up, called OzVision. Developing live video streaming over RF radio and telephone lines, and one of the first, digital video recorders for security, OzVision achieved a leading position as a supplier of remote video solutions in the US security market. It also patented a unique video compression and streaming algorithm.

Major Gen. (Ret.) Professor Isaac Ben-Israel serves as director of the Interdisciplinary Cyber Research Center (ICRC). Additionally, he serves as chair of the Yuval Ne'eman Workshop for Science, Technology and Security, chair of the Israeli Space Agency, and chair of the National Council for Research and Development in the Ministry of Science.

Ben-Israel studied mathematics, physics, and philosophy at Tel Aviv University, receiving his PhD in 1988. Ben-Israel joined the Tel Aviv University as a professor, teaching at and leading the Security Studies Program and at the Cohen Institute for the History & Philosophy of Sciences and Ideas. He also serves as deputy director of the Hartog School of Government and Policy.

Dr. Dorit Dor serves as Vice President, Products for Check Point Software Technologies. She manages all product definition and development functions for both the enterprise and consumer divisions of the company. Dor’s core responsibilities include leading the company’s product management, research and development (R&D), and quality assurance (QA) initiatives from concept to delivery. Dor has served in several pivotal roles in Check Point’s R&D organization. She has been instrumental to the organization’s growth and managed many successful product releases.

Yuval Elovici is the director of the Telekom Innovation Laboratories at Ben-Gurion University of the Negev (BGU), head of BGU Cyber Security Research Center, Research Director of iTrust at SUTD, and a Professor in the Department of Information Systems Engineering at BGU.

Prof. Elovici holds B.Sc. and M.Sc. degrees in computer and electrical engineering from BGU and a Ph.D. in information systems from Tel-Aviv University. He served as the head of the software engineering program at BGU for two and a half years. For the past 11 years he has led the cooperation between BGU and Deutsche Telekom.

Prof. Elovici has published articles in leading peer-reviewed journals and in various peer-reviewed conferences. In addition, he has co-authored a book on social network security and a book on information leakage detection and prevention. His primary research interests are computer and network security, cybersecurity, web intelligence, information warfare, social network analysis, and machine learning. Prof. Elovici also consults professionally in the area of cybersecurity and is the co-founder of Morphisec, a startup company that develops innovative cybersecurity mechanisms related to moving target defense.

Jonathan Klinger is an Israeli Cyberlaw attorney and blogger, acting as a legal consultant for several high-tech companies and start-ups. He serves as a legal counsel for Hamakor, Israel's Open Source Society, Eshnav, People for Intelligent Internet Use, Israel's Digital Right Movement, and others. Jonathan taught computer game development law at Beit Berl College and teaches media law. He volunteers at the Digital Rights Movement free speech clinic, where he takes cases relating to strategic lawsuits against public participation (SLAPP).

Adv. Limor Shmerling Magazanik is Director of Licensing & Inspection at the Israeli Law, Information & Technology Authority (ILITA). ILITA is the Israeli data protection authority, in charge of enforcing the Israeli Privacy Act provisions in the digital sphere with regards to the fundamental human right to privacy.

Her responsibilities in the past eight years have included managing ILITA’s regulation and enforcement activities over both private and public sectors. These include investigations and legal proceedings, in cases of privacy law infringements, over issues such as consent, purpose limitation, and data breaches. Ms. Shmerling has also managed the regulation of digital identity via digital signatures in Israel.

She is a frequent participant in policy framing in Israeli government information systems and data projects, promoting compliance with privacy regulation. She was part of the oversight committee supervising the program for the establishment of a biometric database alongside the smart identity card project.

Previously she worked as legal advisor in the fields of corporate law, property law, and banking, and she has held product and project management positions in the high-tech industry.

After joining the Israel Ministry of Foreign Affairs in 1992, Iddo Moed was posted in several missions around the world including the Dominican Republic, The Hague, Singapore, and Beijing (DCM). Positions in Israel have included assistant to the director general, Water and Multilateral Affairs at the Middle East Division; Middle Eastern Economic Affairs; and head of the Training Department. In June 2013, Moed was appointed as Cyber Security Coordinator at the Strategic Affairs Department, MFA. In this role Moed is responsible for coordination of policies regarding international cooperation in cyber security.