Evidence-Based Research on Internet Connectivity: A Prerequisite for Effective Policymaking

Internet connectivity has demonstrated benefits for end users in terms of economic opportunity, education, health, and empowerment. Unfortunately, only a little more than half of the world’s 7 billion citizens have access to the internet, and internet adoption rates have begun to decline. 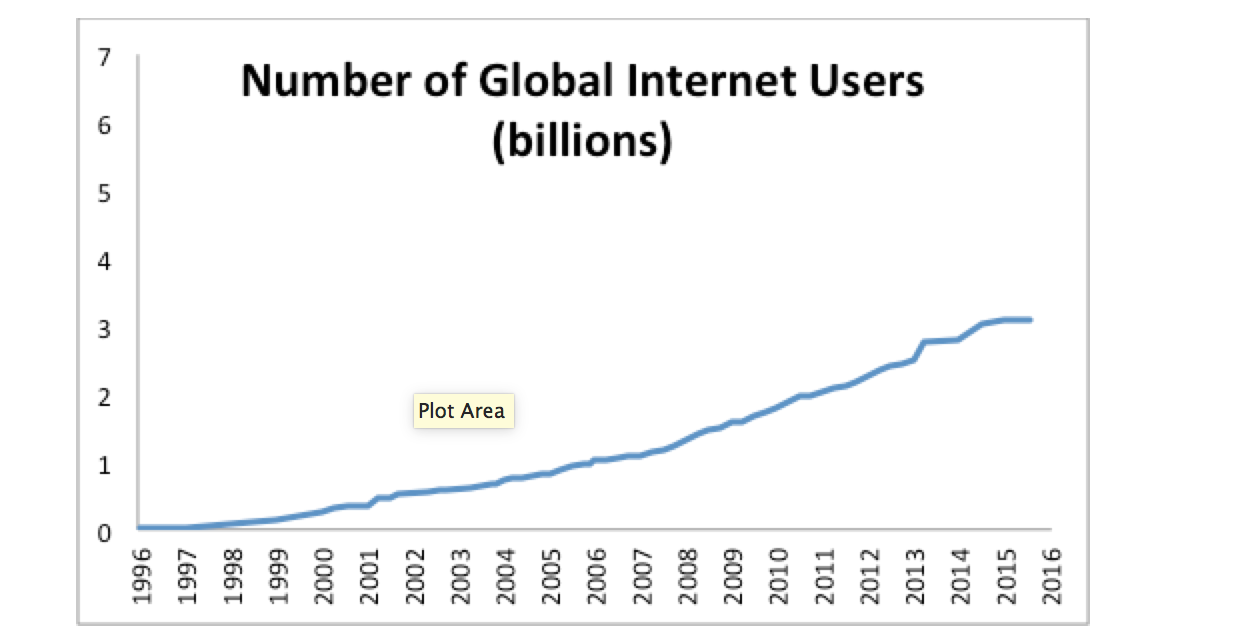 A wide range of governments, companies, and civil society organizations are experimenting with new ways to connect more people to the internet. Recent research has revealed that promoting adoption is a more complex problem than initially thought. Surveys conducted in both the developing and the developed world consistently find that lack of perceived relevance and lack of digital literacy represent barriers that are just as important as network availability and cost.  These insights underscore that interventions that promote adoption must address user-based concerns as well as provider-based concerns. To paraphrase the movie Field of Dreams, it is simply not true that if you build it, they will come.

To date, however, little effort has been made to catalog efforts to connect more people to the internet in a systematic manner, which tends to bias any assessments in favor of success stories. Moreover, projects to date have made little attempt to assess their effectiveness empirically. The scant data that exists is ad hoc and does not lend itself to cross-project comparisons and tends to value internet access as a value in and of itself instead of studying whether it promotes more substantive outcomes, such as economic development, education, health care, and gender equality. The result is that governments seeking to promote greater internet connectivity and development banks deciding how much support to provide are left to try to separate the wheat from the chaff based more on conjecture than fact.

What is needed is systematic, evidence-based research that is tied explicitly to sustainable development goals. At 1 World Connected, a research project of the Center for Technology, Innovation and Competition at the University of Pennsylvania, we are working to fill this gap by identifying over six hundred potential case studies spanning all continents and a wide range of demand-side and supply-side interventions. We are working to collect data about all of these case studies, measured in terms of cost effectiveness and in terms of development goals such as economic growth, improved health care, increased educational opportune, and gender parity. The stories abound of efforts to provide internet connectivity to remote areas of the world that are off the electrical grid or where the terrain or level of socioeconomic development makes serving them particularly difficult.

There are three key components to our project, each of which is necessary to provide the greatest policy impact:

Countries all over the world are facing similar challenges to increasing network availability.  These include the absence of electric power, limited availability of spectrum, and the difficulty developing sustainable business models, just to name a few. Providing a repository that covers all current initiatives, the challenges they face, and the ways in which they attempt to surmount these challenges can allow communities to benefit from the difficult lessons and insights that others have learned during the course of deploying their own networks. This evidence can also shed light on key regulatory and policy levers that can help connectivity projects proliferate.

The fact that people remain hesitant to become internet users even when network access is available suggests that interventions that focus only on providers are likely to be incomplete and ineffective. Many governments, companies, and civil society organizations are pursuing initiatives to make internet usage more relevant to their societies by seeking to promote locally relevant content as well as job applications, e-government, e-health, and other services that demonstrate the value of an internet connection. In addition, these same entities are deploying a wide variety of programs to promote digital literacy and ICT skills through app-based training, in-person training, vehicles that facilitate post-training communities, and other efforts. 1 World Connected seeks to identify these interventions and to evaluate their effectiveness.

Making the case for promoting internet connectivity ultimately depends on proving a connection to development outcomes. This requires the collection of relevant baseline data and evaluating the impact that interventions have made on the community where they have been deployed. When combined with measurements of cost-effectiveness of various interventions in different contexts, this information demonstrates how accelerating connectivity at the grassroots level can promote key social outcomes.

These efforts represent the first step in creating an empirical foundation on which to base internet policy. The hope is that such information will support decision making that is based on data instead of rhetoric.

Christopher S. Yoo is the John H. Chestnut Professor of Law, Communication, and Computer & Information Science and the Founding Director of the Center for Technology, Innovation and Competition at the University of Pennsylvania. His research focuses on the insights that the principles of network engineering and imperfect competition provide into the regulation of the Internet and intellectual property. His major research initiatives include a study of innovative approaches to connecting more of the world’s citizens to the internet; an exploration of the legal aspects of providing privacy and security for autonomous vehicles and medical devices; and a comparison of competition law in China, Europe, and the United States.
Before entering the academy, Professor Yoo clerked for Justice Anthony M. Kennedy of the US Supreme Court and Judge A. Raymond Randolph of the US Court of Appeals for the DC Circuit. He also practiced law with Hogan & Hartson (then Hogan Lovells) under the supervision of John G. Roberts, Jr (the current Chief Justice of the US Supreme Court). He also served as a professor at the Vanderbilt Law School, where he led the technology and entertainment law program. He is a graduate of Harvard College, the Anderson School at UCLA, and the Northwestern University School of Law. The author of four books and more than 70 articles and book chapters, Professor Yoo testifies frequently before US and foreign governmental and regulatory authorities.

Sharada Srinivasan is a research fellow at the Center for Technology, Innovation and Competition, University of Pennsylvania. At 1 World Connected, her research is focused on empirical validation of innovative initiatives that address supply- and demand-side challenges to improve broadband adoption globally. She is an active participant in the intersessional work of the United Nations Internet Governance Forum and moderates the Dynamic Coalition on Innovative Approaches to Connecting the Unconnected. In the past, she has engaged with regulatory barriers to internet deployment in the developing world, cybersecurity, encryption policy and network neutrality at internship stints with the Global Public Policy Institute, Berlin, and the Centre for Internet and Society, Bangalore. She was an Amazon fellow at the 10th UN Internet Governance Forum and a Global Internet Governance Fellow at the European Summer School of Internet Governance 2015.