The automobile industry has gained versatile technological advancements in recent years. Nowadays, vehicles are getting more sophisticated and technologically rich. Likewise, vehicles with a plethora of embedded and electronic devices are categorized as a Smart Cars[1]. The advanced communication and sensing technologies in smart cars like fortwo[2] and Tesla model X[3] provide ample knowledge of the inside and outside of the car’s environment to facilitate increased safety to drivers as well as to driverless cars. Nevertheless, in the presence of such advanced and smart cars, we do not yet have a system to detect and protect living beings (human, pets) from hyperthermia (heatstroke) and hypothermia in a stopped and enclosed car. As a result, several deaths and severe injuries of humans and pets in enclosed cars are observed every year[4,5]. For example, in the United States, since 1998, 735 child deaths were observed due to hyperthermia in enclosed cars[6]. 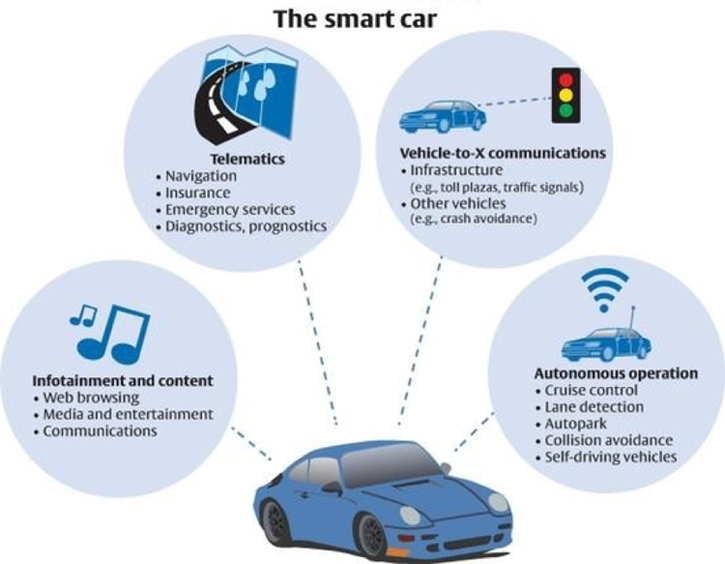 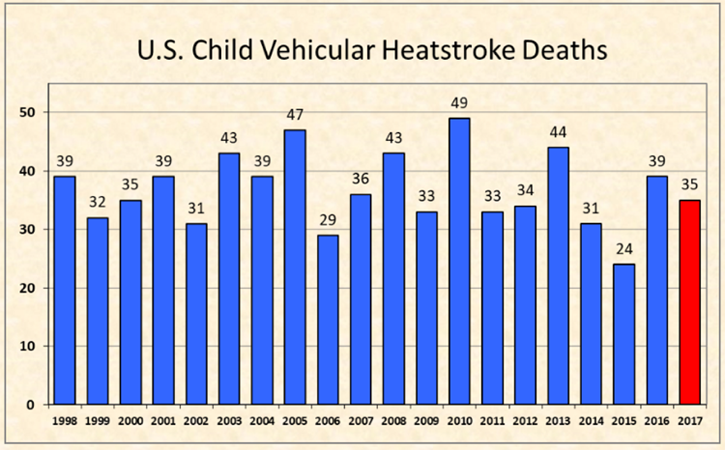 First, as hyperthermia and hypothermia are mostly observed in a stopped enclosed car, the safety system first detects and confirms the stoppage of the car. The system does not need to be functional in a moving vehicle. However, it is important to differentiate the occasional stoppage of the car for a very short duration. Therefore, the threshold is set on the observed amount of time the vehicle is stopped. One or multiple types of sensors are used to detect the car stoppage. Vibration sensors greatly help in determining the car’s rest state. Secondly, the presence of a living being in stopped vehicles needs to be determined. If a stopped car is empty, the climate control system does not need to be functional. For instance, motion, sound, and occupancy sensors are used to detect different states of a living being. For example, movements are observed through motion and occupancy sensor.

It is also important for the system to differentiate between inside and outside movement while making a decision on the presence of a living being. Once the presence is detected, the system starts observing the car’s inside environment[7]. The combination of temperature and humidity sensors are used to draw a conclusion on hazard levels[8]. Third, when the system detects a hazard, it performs a number of actions depending on the severity and level of the hazard. Severity of the environment is set based on expert recommendations made by medical professionals. Different actions like sending a warning message or a phone call on a registered phone, opening and closing of the car window, turning on the heating or cooling system of the car, honking the horn, and more are performed.

Once sensed, there is a need for a gateway device which collects sensor readings, performs inference-based decisions on the readings, and realizes actions accordingly. In this climate control system, Arduino-Mega/Raspberry-Pi acts as a gateway device. The climate control system is connected to the mobile device via Wi-Fi. The gateway sends a warning message to the mobile device when alarmed. It also sends messages to users inside the car through a client app installed on their smart phones or sends messages to the users outside of the car using the cloud. Once the system is up, the sensors starts sending data to the gateway over time.

Temperature and humidity sensors are used to sense the car environment by checking temperature and humidity levels. Similarly, sound sensors are used to detect living being presence inside a car. Motion and occupancy detection sensor detect the presence of a living being through movements made by humans or pets. Vibration sensors detect the stoppage of the car.

The control system determines the actions and decision making for the climate control system. Raspberry Pi and Arduino can adequately do this job[9]. Raspberry Pi is around 40 times faster than an Arduino in terms of clock speed and has more RAM than Arduino. Raspberry Pi has a Debian-based Linux operating system. It supports multitasking, two USB ports, and connecting wirelessly to the internet. Arduino, on the other hand, is better for UART based hardware projects. This simplicity allows it to work with just about any kind of sensor or chips. Arduino/Raspberry Pi also works as a gateway to send messages and phone calls on a registered number as well as perform actuations.

Serial connectivity is used between a hardware platform like Arduino and the sensors for sensor readings collection. The car cabin is a small area, and it is easy to deploy the system even in wired mode. The system can easily avoid wireless signal interference and latency through wired media inside the car. Also, wired connections are preferred to control electrical and mechanical components of the car. To send alerts to the user’s registered mobile phone, wireless connectivity via Wi-Fi is used as most mobile devices have Wi-Fi switched on at all times.

The community gets the benefit of the climate control system to better protect their kids, elderly, disabled, and pets left in the car from environmental hazards. By availing the climate control system, people now have ease from the worry of their loved ones left in the enclosed cars. Additionally, the use of smart cars and the climate control system itself have technological as well as societal implications. Smart cars are less noisy and produce less pollution. Also, developing regulations like minimum crash safety standards can boost their adoption. However, some regulations like possession of a driving license will limit smart car users. In addition, in the case of accidents in driverless cars, who should be to blame is one of the issues that needs to be regulated.

For climate control systems, if a user experiences false positives or false negatives for one or multiple times, the trust level on the technology will lessen. Use of advanced sensing technology and efficient decision algorithms can improve the situation. Having discussed the usability and importance of the smart climate control systems in smart cars, we need to consider the argument discussed:[10] there must be a co-assisting system that does not let the care-giver system become the victim of self-denial of service or denial of service through an external entity.

Sajida Imran is currently enrolled as Ph.D. student at Department of Computer Engineering, Ajou University, Suwon. She spent one year as researcher at  internet computing lab, Korea University. She also worked as teaching assistant in Ajou University. She has been in reviewing committee of few conferences and a journal of Soft Computing and Automation. Her research interests include wireless sensor networks, mobile networks, network routing, IoT, and wireless connectivity.

Dr. Ali Kashif Bashir is an Associate Professor of Department of Science and Technology, University of the Faroe Islands, Faroe Islands, Denmark. In the past, he has held positions at Osaka University, Japan, Nara National College of Technology, Japan, National Fusion Research Institute, Korea, and Korea Electric Power Co. Ltd. He received his PhD in Computer Science from Korea University. He also is a research consultant on some international projects, a mentor for few bodies, an Editor of Journal of Computer Networks, IEEE Access, Science and Education Publishing. He has given many invited talks across the globe and has chaired conference sessions. He is a senior member of IEEE. He is serving as editor in chief of IEEE Internet Policy and IEEE Future Directions on Ethics and Policy in Technology Newsletters. His research interests include: cloud computing (NFV/SDN), network virtualization, IoT, network security, wireless networks, etc.

Junaid has over 15 years of exciting experience in academia, industry, law- enforcement, and in corporate world in information and cyber security domain. After getting his PhD in Cyber Security from Ajou University, Junaid obtained training at Harvard Business School, University of Amsterdam, and Kaspersky Research Lab in cyber hunting and training. He is a Senior Member of IEEE, a Practicing Engineer, member of High Technology Crime Investigation Association (HTCIA), Australian Computing Society, Australian Information Security Association, and frequently volunteers in promotion of science through public speaking, conference organisation, and by editing the scientific journals i.e. IEEE Access, Computer and Security by Elsevier, IEEE Internet Policy and IEEE Future Directions, and board member of tech startups. Currently, he is conducting cutting edge research on cyber security vulnerabilities and their countermeasures in healthcare and public health sector at Security Research Institute (SRI), Edith Cowan University. He has authored three books and 50+ research papers. He received awards for his research achievements from Government of South Korea, Qatar, Pakistan and from Saudi Arabia. Junaid is believes in collaborative research and actively seeks opportunities to collaborate in developing solutions in cross disciplinary domains.