The 2nd World Internet Conference (WIC), also known as the Wuzhen Summit, took place December 16 -18, in Wuzhen, Zhejiang, China. The theme of the Summit was an Interconnected World Shared and Governed by All -- Building a Cyberspace Community of Shared Destiny. The event was hosted by the Cyberspace Administration of China and the Zhejiang Provincial Government.

More than 2,000 state leaders, government officials, industry leaders and experts participated in the three-day gala event. At the opening ceremony of the event, Chinese President Xi Jinping called for all countries to join hands to build a community of common destiny, properly managed cyberspace and to combat online crimes and terrorism.

IEEE President Howard E. Michel and IEEE Standards Association President Bruce Kraemer spoke at the event. In their respective talks, both stressed the importance of technology and technologists on the development, governance and future of the Internet. Michel stated in his keynote address that “Technologists must be even more agile in integrating the interests of society – prosperity, fairness, inclusiveness, participation, dignity, ethics, freedom, privacy, trust, security – as we support the evolution of the Internet and work together to build new frameworks for addressing the issues at hand. Whatever we do, we must advance not only solutions to seemingly ‘only technical’ problems but to societal problems as well.”

Michel and Kraemer called on technologists, policy makers and all stakeholders around the world to preserve and enhance the value of the Internet and its future. In their respective remarks both made a committment that IEEE will continue to work toward trust through transparency, technical community building, partnership across regions and nations, service to humanity and with integrity in service.

Chinese President Xi Jinping, along with Howard E. Michel (at far right of the first row), President of the Institute of
Electrical and Electronics Engineers (IEEE), and other dignities, poses for a photo before the opening of the Second
World Internet Conference in Wuzhen Town 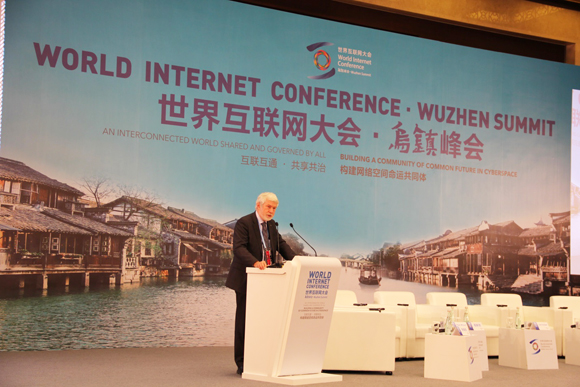 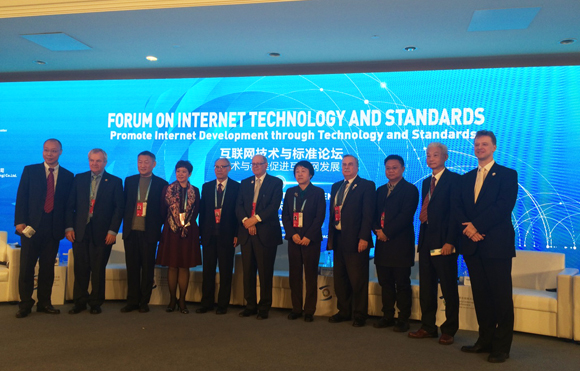 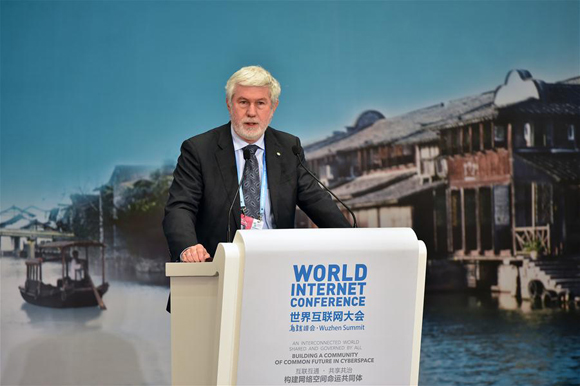 Howard E. Michel, president of the Institute of Electrical and Electronics Engineers (IEEE), addresses the closing
ceremony of 2015 World Internet Conference in Wuzhen